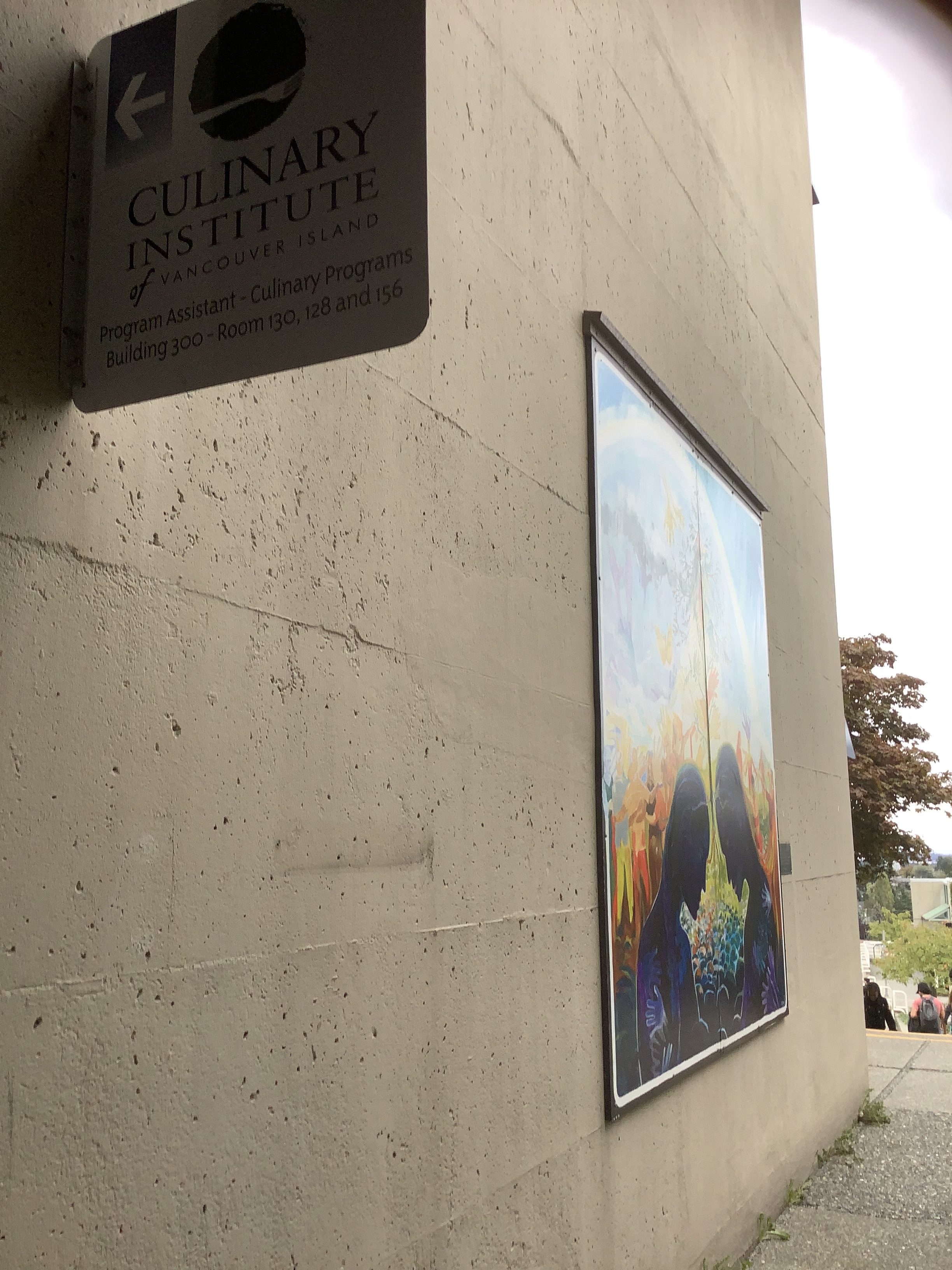 Seems I’ve been posting a lot about Nanaimo lately. Well, more specifically Vancouver Island University’s campus located in Nanaimo British Columbia. And, even more specifically still, a small area of the campus that I’ve been exploring on my weekly trips.

What can I say? There’s so much going on I haven’t made it any further.

It’s such a fun spot for taking pictures. Within 200 foot steps I get scenic, architectural and nature photos. Plus the downhill view is spectacular for as far as the eye can see.

Anyway, this blog post is going to be low on words but chock full of more of the pictures I took on Friday September the 13th with a follow up visit the next Friday.

It had been really rainy that week but as luck would have it, we enjoyed nicer weather on Friday the 13th. So, I walked around for a bit taking pictures.

I was intrigued by nature’s lively contrast against such an expansive concrete backdrop.  In other words I took mostly pictures of the surrounding landscape.

I lost track of time trying to figure out where this insanely intricate spiderweb started and ended. Pictures just don’t do it justice. The lavender and the geraniums weren’t just colourful, the scents were pleasant and fresh. 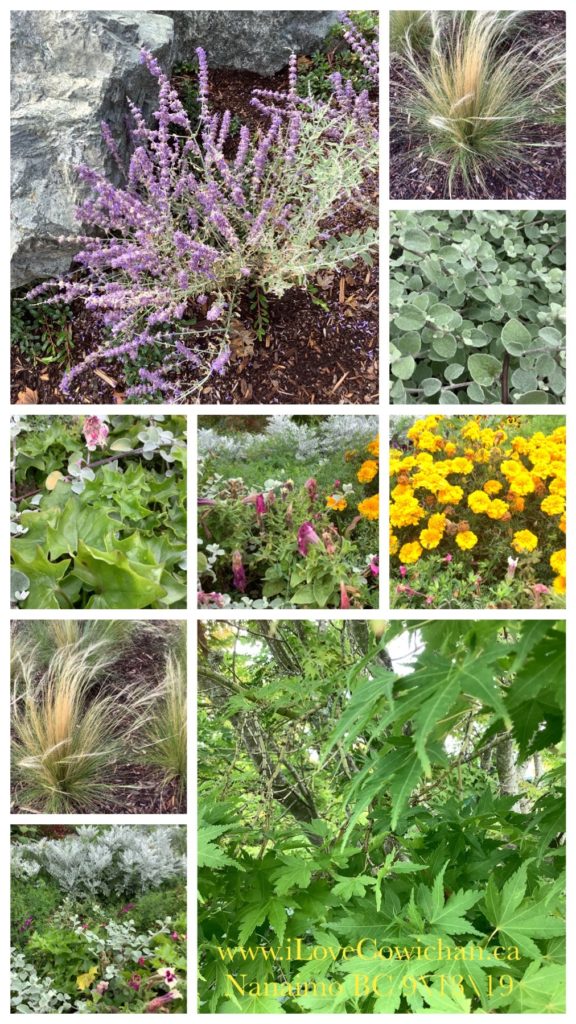 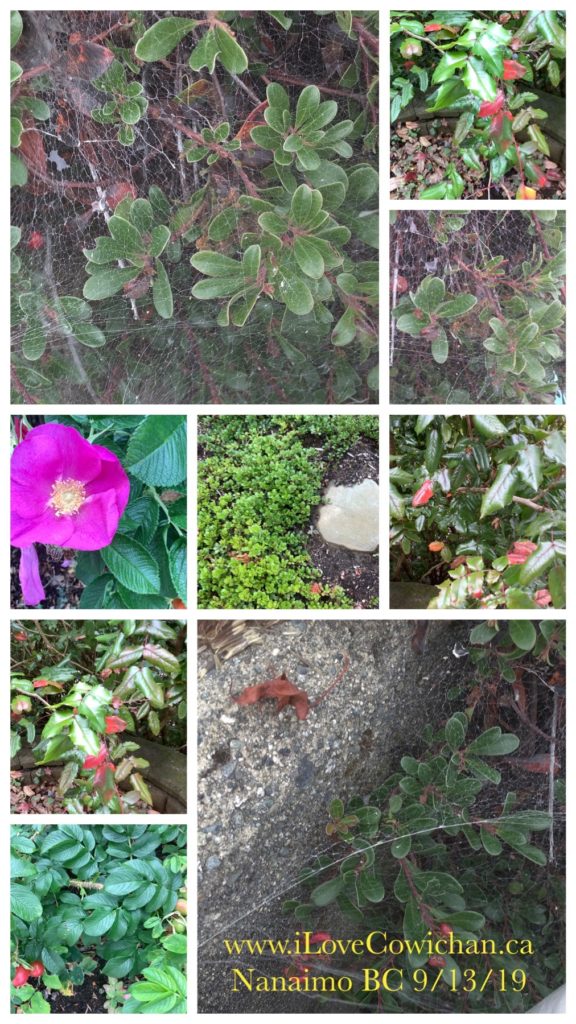 The weather was fabulous! It was sunny and the sky was an array of beautiful blues. And believe it or not I fell in love with a vine covered wall. Plus the stairway on the other side of it, which appears to go nowhere. 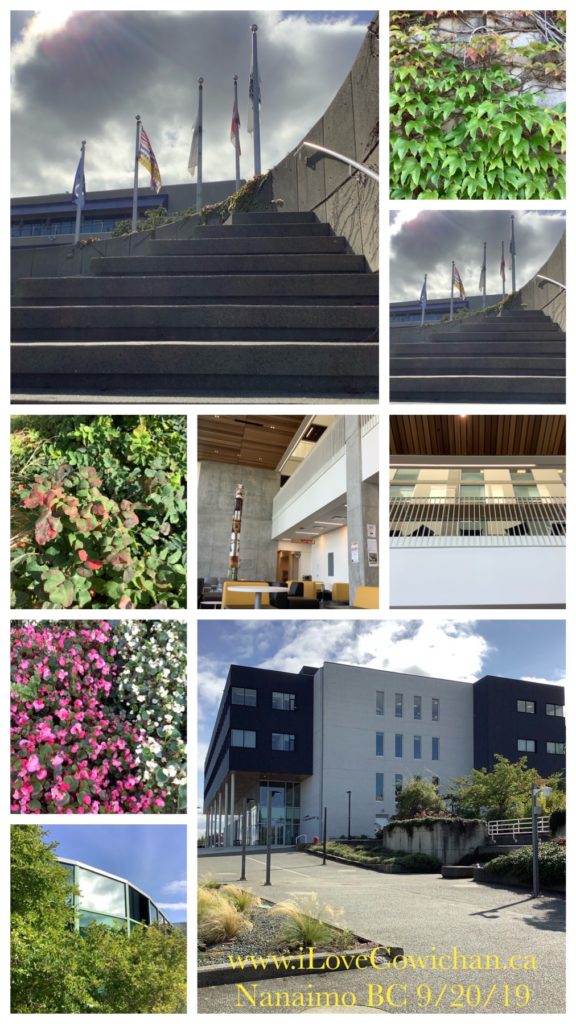 Figured I’d check on the spiderweb that I’d discovered the week before. Wow! It was even more spectacular after a week of wind and rain. 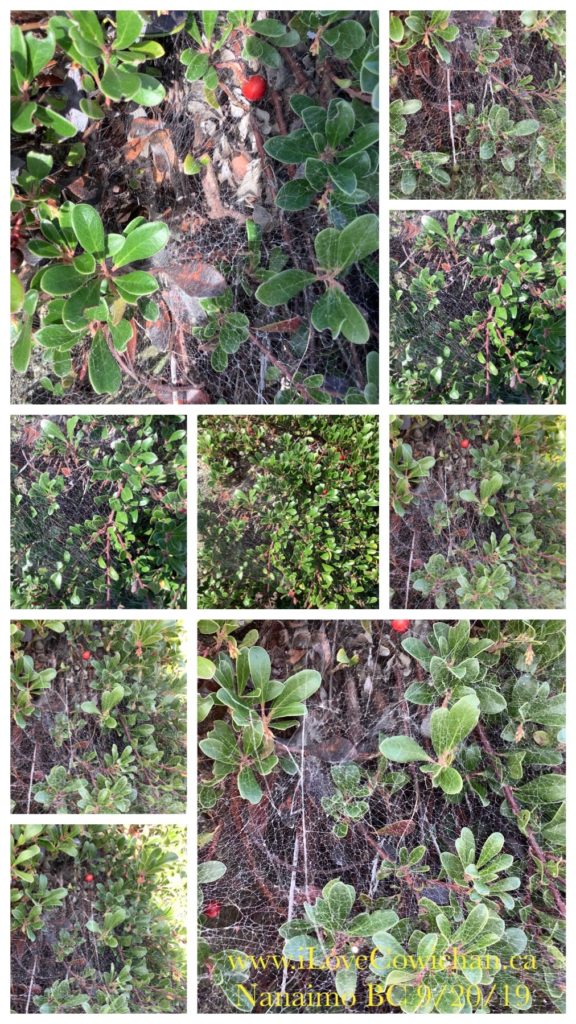 Anyway, just thought I’d share more pictures from my last two Nanaimo road trips. Hope you enjoyed them. I’ll leave you with a couple of videos too.

Thanks for stopping by the I Love Cowichan blog. Take care 👍 Don’t forget to say hi over on  Instagram & Facebook .