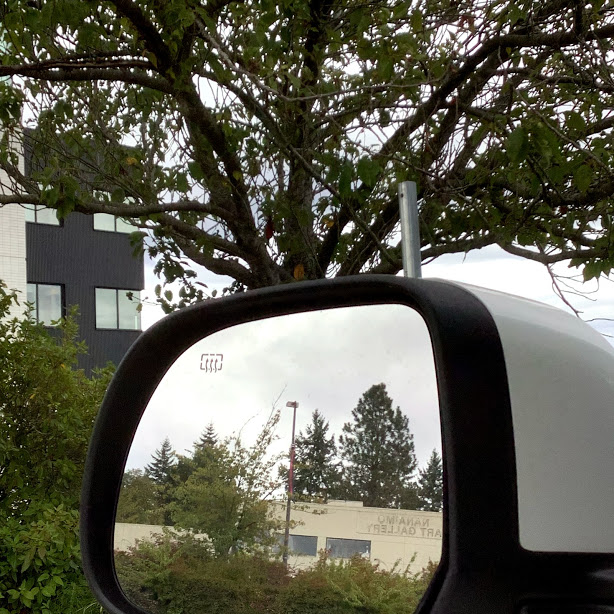 Road Trips to Nanaimo BC

With one of the I Love Cowichan team now attending VIU there will be regular road trips to Nanaimo BC. So expect to see pictures.

Living in the Cowichan Valley it’s easy to forget that we’re on an island in the Pacific Ocean. But the trip from Ladysmith onward, sure makes it abundantly clear.

How was your Friday the 13th?

Mine was spectacular!  The drive from Duncan to Nanaimo was pleasant and uneventful. Traffic flowed smoothly this lovely harvest moon Friday. Unlike the day before, there was no torrential downpour to plow through in either direction. So, that was good.

It was an enjoyable day. The weather was just right. Not too sunny, wet or windy. The light was great for pictures and the temperature was perfect for strolling around.

And so, I had fun exploring the VIU Nanaimo campus grounds taking pictures. I became fascinated with the architecture and how nature manages to thrive so well within urban containment. Two distinct styles that somehow complement each other, in an unfamiliar way.

Looking around I realized there is just so much going on. So much to look at. So much to see in one small area. I can’t fathom how many hours it would take to explore the entire grounds. 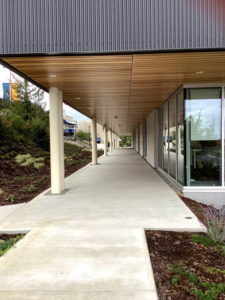 I’m intrigued by a newer building in front of me. It towers above older ones in spite of them being uphill from it. It’s brightly lit up by the sky’s reflections on the windows and metal. 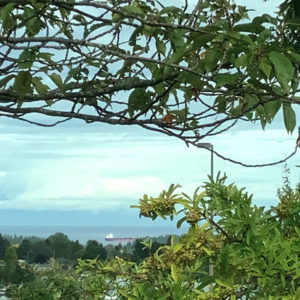 To my right, and down the hill I see the ocean and big ships.  I’ve been living on Van Isle for 15 years and seeing the ocean up close never ceases to amaze me. It takes my breath away every time.

I’m familiar with being encircled by mountains, trees, lakes, and rivers. As a result, I sometimes forget I moved from one island to another. The delightful view from Vancouver Island University Nanaimo BC campus reminds me that I live on an island surrounded by the Pacific Ocean.

On the way back from Nanaimo to Duncan, we stopped at Russell Farms Market to pick up some veggies. Rumour has it that soup weather will be upon us in the Cowichan Valley this weekend.

Have a great weekend everyone! Thanks for stopping by.  Take care, don’t forget to follow I Love Cowichan on Instagram & Facebook and pretty please shop local whenever you can.